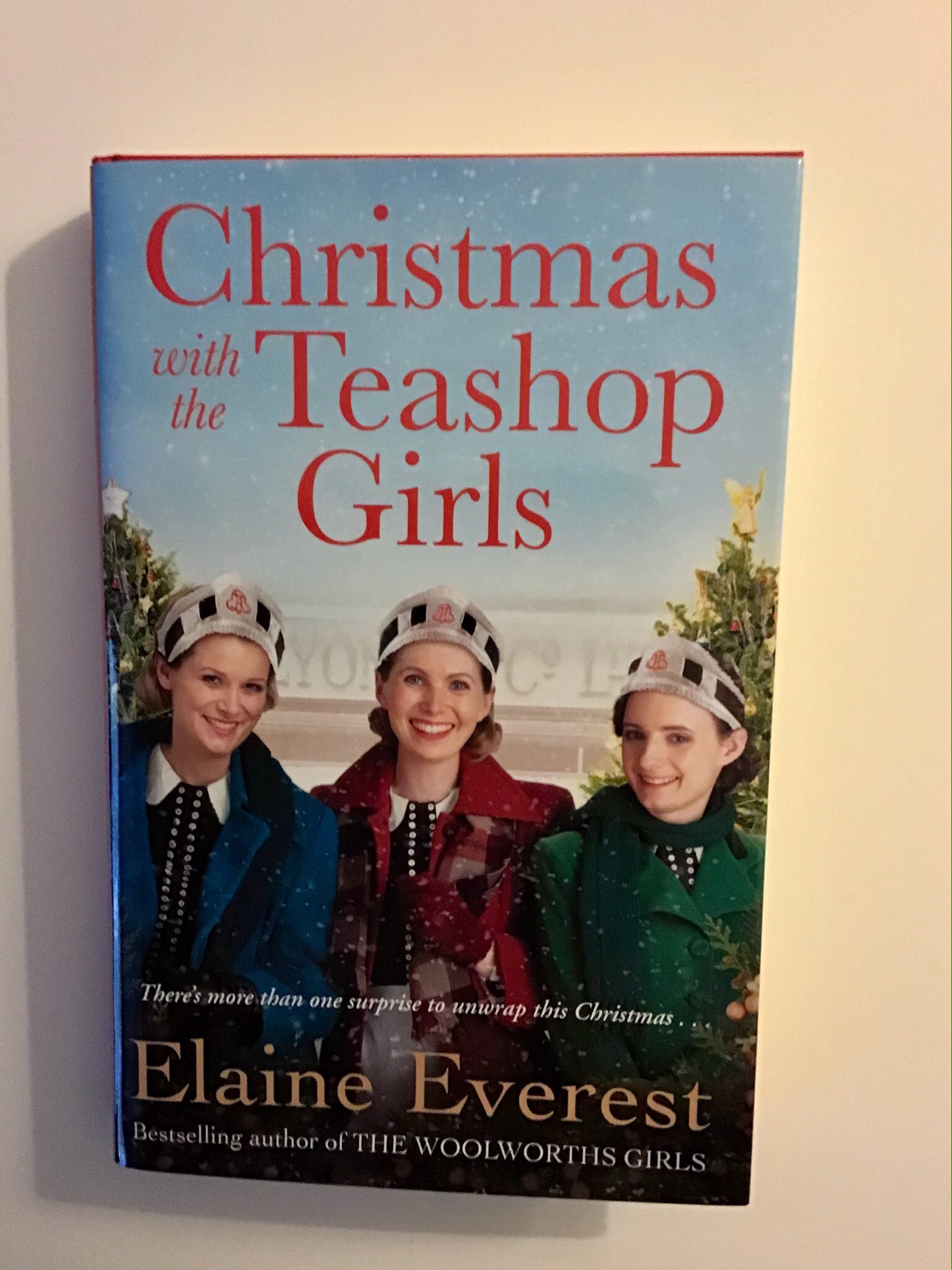 Christmas With The Teashop Girls By Elaine Everest

It is late 1940 and the war feels closer to home than ever for Rose Neville and her staff at the Lyons teashop in Margate. The staff worry of rationing hands overhead as the Nippies do their best to provide a happy smile and a hot cup of tea for their customers. When a heavy bombing raid targets the Kent coastline, Lyons is badly hit, throwing the future of the cafe into jeopardy.

The light in Rose’s life is her dashing fiancé Captain Ben Hargreaves and planning their Christmas Day wedding. But she must also prepare to take two new stepdaughters into her life and get on the right side of her wealthy mother-in-law, Lady Diana. Is Rose ready to become a mother so soon?

When Rose’s half-sister Eileen makes contact, it seems that Rose’s dreams of having a sibling are becoming true at long last. But her friends begin to suspect that something is not right about Eileen and her husband just what are they hiding?

Elaine Everest is one of my favourite author and she lives in Kent, which I live in Kent too. I have read The Woolworths Girls which I highly recommend. In the Christmas with the Teashop Girls, there quite a scary start Rose and her mum Flora were both tied up a boat. Its midnight and Christmas Day, they have a busy day planned, but there seemed no hope of that unless someone came to rescue them before their abdoctors returned. I loved this military romance between Rose and the dashing Captain Ben Hargreaves.

Rose Neville felt extremely sick – so sick, in fact, that she couldn’t lift her head from where she lay. It was if her whole body was trussed up like the chicken her mother, Flora, had prepared for their Christmas Eve meal at Sea View guesthouse. She wriggled, trying to free herself. Was Lily behind this? Her friend was always one to be over generous with the Sherry. No doubt someone had helped her to bed, and then tucked her in too tightly to stop her falling out.

Rose opened her eyes, but could only see darkness. Fear gripped her heart as, deep inside, she began to realize something wasn’t right. She made an effort to breathe slowly and deeply until the sickness passed a little, the tried to wriggle free again, gradually finding that at least her fingers and toes were working. This reminded her of the times she’d been on board Mildred Dalrymple’s fishing boat, out in the Channel beyond Ramsgate Harbour, when waves of sickness would flow over her until she found her sea legs . She stopped wriggling and sniffed, come to think of it, she could smell a mixture of engine oil and fish. And whatever she was laying on felt too hard to be her own comfortable bed. A small groan from nearby prompted her to lean as best she could towards the sound. Who’s there? she called, fearful of who else might be in the room. Rose? came Flora’s voice in reply. Where are we? What has happened?

Elaine Everest, author of Bestselling novel The Woolworths Girls and The Butlins Girls was born and brought up in North West Kent, where many of her books are set. She has been a freelance writer for twenty years and has written widely for women’s magazines and national newspapers, with both short stories and features. Her non-fiction books for dog owners have been very popular and led to broadcasting on radio about our four legged friends. Elaine has been heard discussing many topics on radio from canine subjects to living with a husband under her feet when redundancy loomed. When she isn’t writing, Elaine runs The Write Place creative writing school at The Howard Venue in Hextable, Kent and has a long list of published students.

Elaine lives with her husband, Michael, and their Polish Lowland Sheepdog, Henry, in Swanley, Kent and is a member of the Romantic Novelists’ Association, Crime Writers Association, The Society of Women Writers & Journalists and The Society of Authors as well as Slimming World where she can be seen sitting in the naughty corner.

View all posts by Bookread2day